An international team of researchers at the Université de Montréal announced the discovery of TOI-1452 b, an exoplanet orbiting one of two small stars in a binary system located in the constellation Draco. It is about 100 light-years from Earth.
According to the team’s research, the planet is covered by a beautiful ocean like a prequel to the movie Star Wars . Using NASA’s TESS space telescope, researchers traced the exoplanet. Based on the TESS signal and the instrument installed on the SPIRou Telescope, astronomers predict the planet is about 70% larger and the mass is thought to be 5 times that of Earth.

The exoplanet TOI-1452 b may be composed of Earth-like rocks, but its radius, mass, and density suggest a world very different from our own. Earth is essentially a very dry planet, although we sometimes call it the Blue Planet because about 70% of its surface is covered by oceans, water is actually only a fraction of its mass. negligible, just under 1%.

The team is led by Dr Charles Cadieux, a member of the Institute for the Study of Extraterrestrial Planets (iREx). Cadieux said: “TOI-1452 b is one of the best candidates for an ocean planet that we have found so far. Its radius and mass suggest that for a planet that is essentially made up of metal and rock like the Earth, the density of this planet is much lower.” 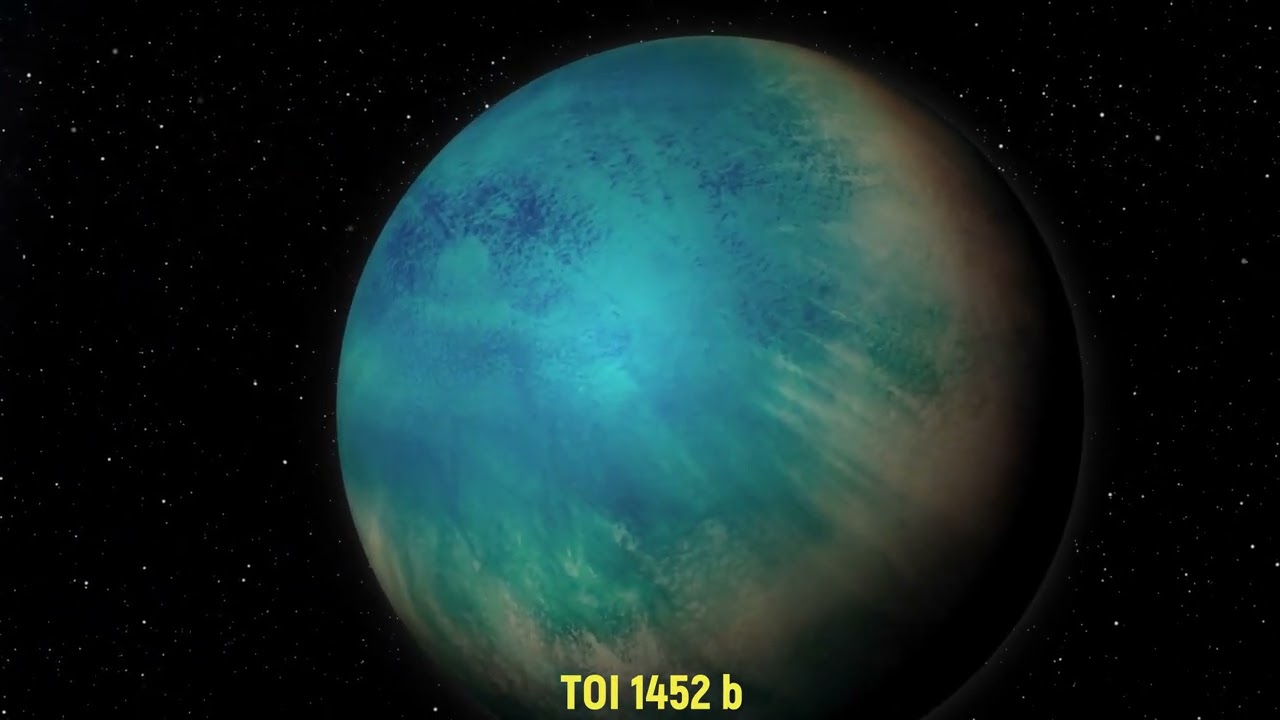 Compared to the planets discovered by Astronomers, TOI-1452 b is more abundant in water.The fact that this planet is covered with water is one thing that spurred researchers to learn about it.TOI-1452 b has the perfect location, it located in a two-star system, 100 light-years away, but far enough away from the stars that the temperature is neither too hot nor too cold.This temperature condition allows liquid water to exist on the surface to support it. life, although it remains unclear what kind of life can thrive in an ocean world like this. This isn’t the first time we’ve spotted a planet or celestial body covered in water. Some of the moons of Jupiter and Saturn are covered in thick layers of water. However, it is still not clear whether what we see is really an ocean or is just covered by a thick layer of ocean and ends up with only rocks.

An exoplanet like TOI-1452 b is a perfect candidate for further observations with the James Webb Space Telescope, Webb for short. It is one of the few temperate planets known to have features consistent with oceanic planets. And besides, it’s close enough to Earth that researchers can hope to study its atmosphere and test this hypothesis. Fortunately, TOI-1452 b is located in an area of ​​the sky that can be observed by telescopes year-round.

Can humans breathe the air on Mars?